How to Play Sequence Board Game 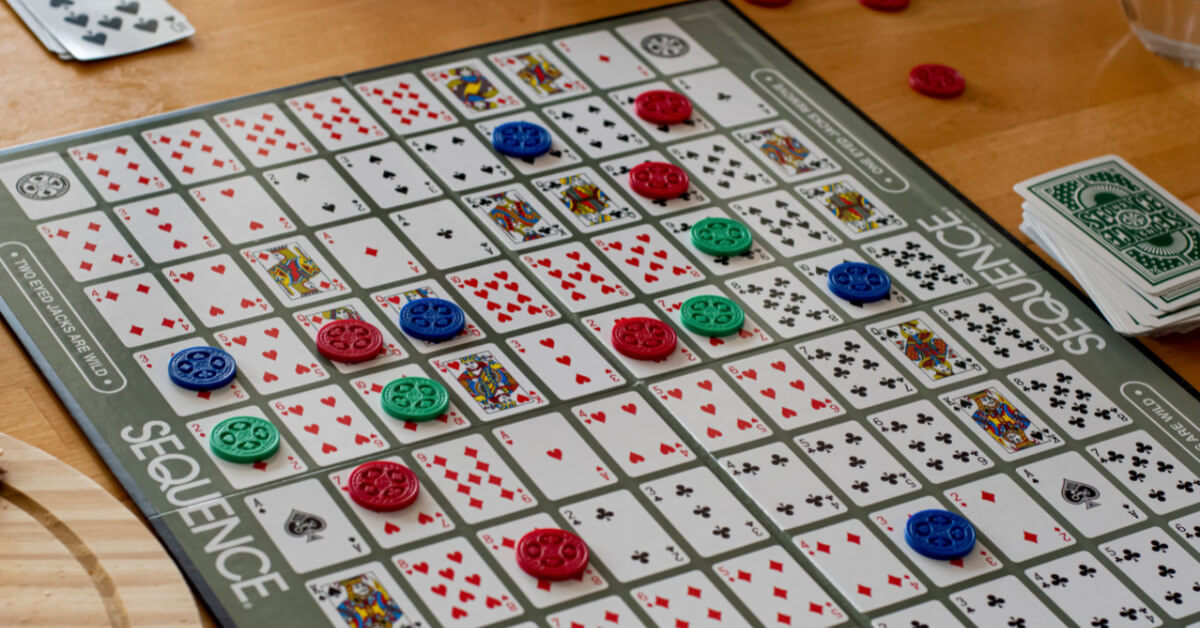 If you like abstract strategy board-and-card games, you must try the Sequence Board Game. You and your friends are sure to have a fun game night with this one!

Sequence Board Game makes use of a board as well as cards. It allows up to twelve players either play individually or form teams. Through short rounds, players take turns to discard a card from the set in their hands. After placing a card on their discarded pile, players place a poker chip on an empty space on the board for the same card. After this step, they take a new card from the drawing stack. The player or team that forms a row of 5 identical chips in a connected series on the game board wins. Sequence ends as soon as it finds its winner.

Bonnie Oliver invented Sequence, which was originally called the ‘Sequence five.’ It is a card and board game that typically takes about 30 minutes to complete. Its easy-to-understand rules yet complex gameplay makes it a fun family game. While the game is for children ages seven and older, people of all generations can enjoy it. Whether or not the sequence game focuses on strategy is a point of argument; all-in-all, it is very refreshing to play.

Playing the Sequence Board Game

Once you play Sequence with your friends or family, there is no way you wouldn’t want to have multiple rounds. It comes with rules that are easy to understand for players of all ages, so no member stays left out. Children, parents, and grandparents can all join and have fun.

What makes it more thrilling is the number of players it allows. Not to mention, you can even form teams.

Up to 12 players can play, but the number of players should be divisible by two or three. However, you can play with more than 12 players. If more than three people are playing the Sequence board game, it is advisable to play in two or three teams with equal members in each team.

Setting up the game

The ideal way to play the sequence board game is to sit on the floor or around a table. It requires a flat surface, allowing enough space for other game equipment that needs placement around the game board. These include marker chips, the deck of playing cards as well as the discard pile for each player.

If you are playing among two players or teams, team members must sit in alternating positions with their team members with their opponents around the game board. In the case of three players or teams, players should sit in alternating positions after every third player around the game area. No teammates should be sitting next to each other.

With the game board laid out in front of players seated in their appropriate positions, it is time to prepare for the game. Each player or a member from every team chooses a set of same-colored poker chips. This takes place when the dealer shuffles the cards.

The dealer is the player who gets the lowest cards after shuffling for the first time. The first shuffling of the two decks of cards decides which player or team will take the first turn. After the shuffling, each player picks a card.

The remaining cards go to the drawing pile that is used throughout the game.

While playing the sequence board game, each player or team aims to form the required Sequence before the opposing players or team. They do this by creating a row of five same-colored poker chips. The series of the chips can be straight, diagonal, vertical, or horizontal. They must all connect in a line without any gaps.

How to Play- Understanding the Rules

The game should begin with the player sitting to the left of the dealer. Moving in the clockwise direction, each player chooses a card from their set and places it facing up. This first vacant card forms their discard pile. Your discard pile should be visible to all the other players.

After this step, the player places a marker chip on the same card on the game board. You will see that each card is present twice on the Sequence game board. This excludes the Jacks. You can play on either of the two pictured cards unless the space is already another marker chip.

The Sequence game board has four special spaces in each corner called bonus spaces. These spaces on the board are special for two reasons. More than one player or team can use these squares at the same time. For instance, one team can create a horizontal sequence while the other can form a vertical row using it.

The other benefit these special spaces give is that they only need four additional cards to complete a sequence.

Out of the four jacks in the card deck, there are two two-eyed jacks. These two are wild jacks, and the player can use them in any space on the game board. To play a jack card, you can place it on your discard pile and mark a chip on any space.

The other four jacks play a different role in the Sequence game. You can use the one-eyed jacks to remove a marker chip belonging to your opponent from the game board. You do this the usual way, by placing your jack on your discard pile.

Simply put, a dead card is a card you have in your set, which you cannot play. You can fill the two spaces representing your card with your opponents’ poker chips. This usually happens when an opponent plays a two-eyed jack and takes your card’s place.

In such a case, players must place their dead card on their discard pile and announce it. Then, they can take a replacement card from the deck and go about their turn normally.

The game rules state that you should take a new card from the deck after playing a card. In case you forget to take a card after placing a poker chip, but before the next player’s turn, you can no longer pick it up. Therefore, you play the rest of the game without that one card that you forgot to pick.

Table Talk is specifically for when you are playing in teams. Team members cannot talk to or coach teammates as to what their next move should be. If teammates do anything to alert a fellow team member, other players can punish them for it. All the other players get the right to take one card of their choice from the player’s hand and place it on their discard pile. 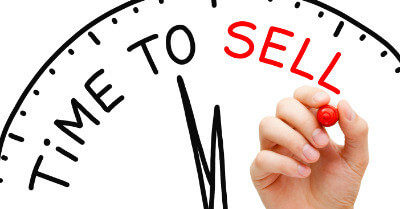 How to Sell a Board Game

If you want to sell a board game, you can devise a strategy to attract people. You need to choose the right platform. 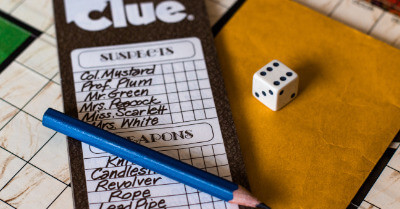 How to Play Clue Board Game

Playing Clue board game is easy- all you need to do is be a bit clever for it. 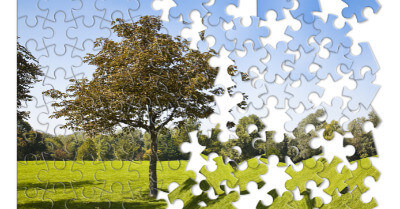 How to Mount a Puzzle

You can mount a puzzle by applying glue to it, sticking it to cardboard, and attaching double-sided tape to it.